by admin
in #Serikat Mahasiswa Muslimin Indonesia
Reading Time: 2 mins read
0 0
A A
0

REPUBLIKA.CO.ID, JAKARTA – The legal basis of appointment of Police Commissioner General M Iriawan as acting governor of West Java (Jabar) has become a polemic. The lawsuit of the Presidential Decision about the appointment will be filed by Indonesian Muslim Student of University Association (PB SEMMI) to the State Administrative Court (PTUN) this afternoon.

Meanwhile, the lawsuit from PB SEMMI has not been listed on the official website of PTUN Jakarta this afternoon. Previously, responding to the issue, Iriawan didn’t talk much. He was installed as the acting governor of West Java Province by Home Affairs Minister Tjahjo Kumolo, Monday. 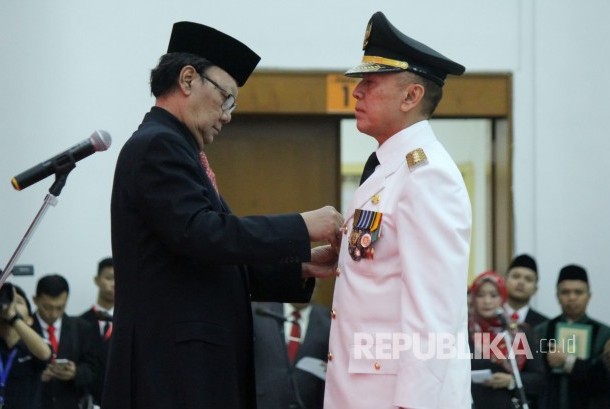 “If the rules doesn’t fit with the law, you can report it. I only carry out the task, I’ll be responsible for the mandate given,” said Iriawan.

Iriawan was reluctant to give more comment on the polemics regarding his appointment. Including about the right of inquiry which will be proposed by the Parliament.

“I’m not talking about regulation, Home Affairs Ministry would have considered it. So I’m preparing to do my job as acting governor,” he said.

“He (the President) is already considering well and it’s impossible to take a decision which does not fit,” he continued.

Iriawan assessed that his duty over the next three months is only to complete the programs of his predecessor.